Scarlatti's own playing is described by contemporaries as an experience of a previously unknown richness of sound. There are two reasons for this:

The newly invented playing techniques of the virtuoso par excellence, Scarlatti, are certainly an important contribution to this richness of sound. A much larger part of the harpsichord's circumference is used at the same time than was customary up until then and afterwards. However, that cannot be the only explanation. It can be concluded that Scarlatti hardly or not at all played staccato, but legato to molto legato. A combination of these two elements can explain the richness of sound, which was fascinating for his contemporaries.

First of all, the technical aspect will be discussed. These new playing techniques are already fully developed in the early sonatas. There is no question that Scarlatti achieved something downright revolutionary in this area. I will give one or two examples of every technical update, mind you of many or almost countless examples. The following should be mentioned in this context:

- The repetitions of notes at high speed, often spread between both hands.

The interesting thing about this as well as the parallel passages is the use of ninth chords, which dissolve into a seventh chord (bar 8, 3rd and 4th beat). Here an understanding of harmony becomes apparent very early on that was far ahead of its time.

An example of repeated notes in the right hand:

Crossing the hands, both right and left. Two examples of this:

Block-like chords, which in most cases are very dissonant and, interestingly, often not resolved into a consonant chord. This phenomenon also finds its explanation in Scarlatti's essentially modal view of music. Two examples:

Block-like chords with a range greater than an octave: 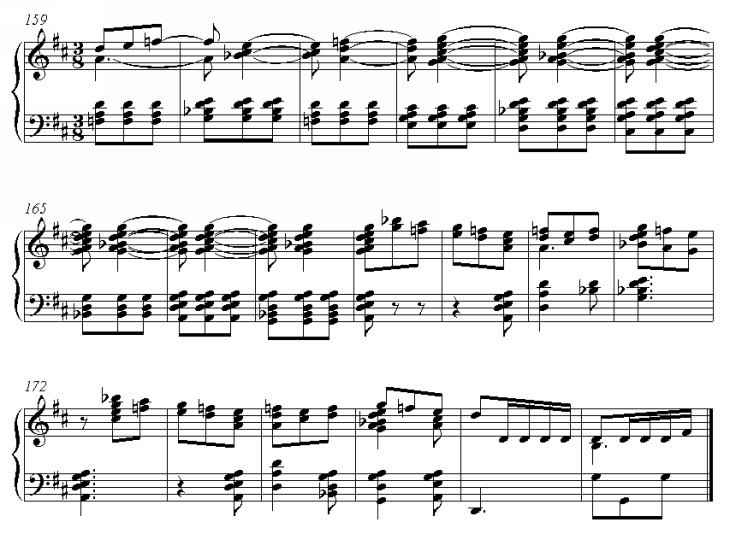 Passages in thirds and sixths, the latter always in one hand. 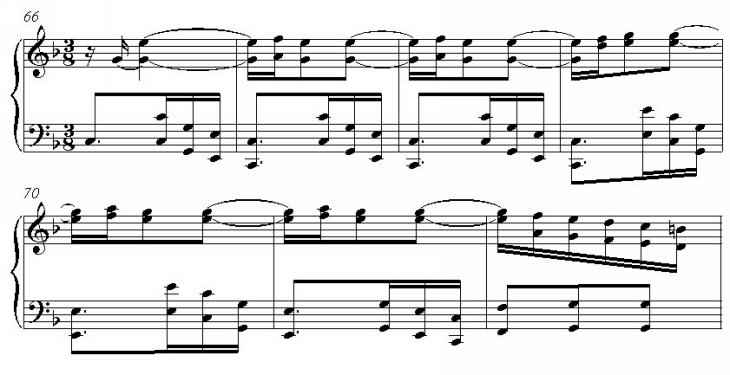 In this example, the richness of sound is mainly achieved through the octaves of the left hand.

Broken chords and scales, both over several octaves:

Scales at the highest speed:

This sonata is one of the most technically demanding in Scarlatti's entire work.

All these technical innovations serve to enrich and broaden the sound. It should also be remembered that there is only one way of playing that supports this. This is the variety from legato to molto legato. If you take into account the testimonies of his contemporaries, who report a previously unknown richness of sound, there is only one logical conclusion: Scarlatti played like this himself.